What will the Wi-Fi of the Future be like? BBC's Interview with Prof. Sujit Dey

​
Excuse me, can you give me the wifi password?

If you have never asked or been asked this question, it is because you live literally disconnected. But just in case, let's start at the beginning.

Wi-Fi, WiFi or simply wifi came onto the market in 1997, it is a wireless connection system, within a certain area, between electronic devices and is used to access the internet.

The word comes from the Wi-Fi Alliance organization but it became so common that it is even part of the Dictionary of the Royal Spanish Academy.

And no, it means nothing, as revealed by Phil Belanger, one of the company's founding members. It is the result of a marketing strategy.

It's worth noting that Wi-Fi is based on IEEE 802.11 standards, a family of wireless standards created by the Institute of Electrical and Electronics Engineers, a worldwide association of engineers dedicated to standardization and development in technical areas.

And for almost 25 years, Wi-Fi, through its constant updates, has had a profound impact on the way societies connect.

"The biggest impact of Wi-Fi is equitable access to the Internet. Imagine if the world had developed only with cellular or satellite, only the rich could afford it," explains Sujit Dey, director of the Center for Wireless Communications at the University of California, California. San Diego (UCSD), California, (USA). 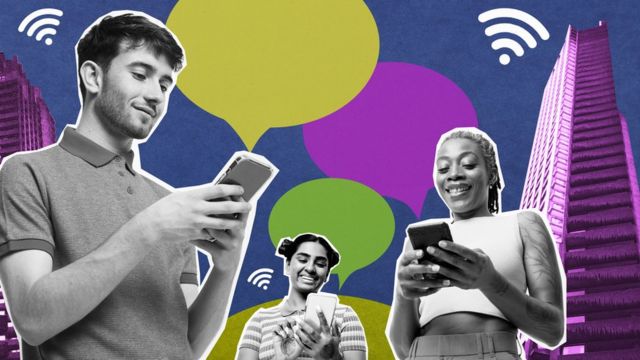 Wifi is accessible because it is based on an unlicensed spectrum.

"That means nobody controls it, of course it also means that the quality of service is sometimes bad. But because it's untethered spectrum, as long as you have the cable networks, then the Wi-Fi part is free. This democratizes access. Without Wi-Fi, millions and millions of people would not have had any type of internet access", analyzes Professor Dey.

"It's several billion dollars a year. It's a phenomenal impact. I think it's hard to underestimate the impact that connectivity has on people," Dorothy Stanley, a member of the Standards Association of the Institute of Electrical and Electronic Engineers, tells BBC Mundo. (IEEE SA).

According to estimates by the Wi-Fi Alliance, almost 18 billion Wi-Fi enabled devices will be in use by 2022.

While the global economic value of Wi-Fi is estimated at US$3.3 trillion in 2021. By 2025 it is expected to be US$4.9 trillion, says a Telecom advisory study. 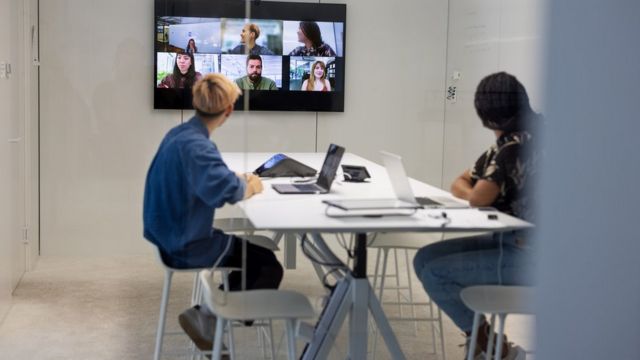 Wi-Fi also turned its users into energetic demanders of a more efficient, reliable and secure connection, in hybrid or remote work scenarios, of complex connectivity systems at home and in companies and of the Internet of Things (IoT).

In a world that is increasingly connected, we ask ourselves: what does the future hold in relation to connectivity? What comes after Wi-Fi to access the Internet?

Access to the network of networks
It is important to clarify that although Wi-Fi has rapidly penetrated the developed world in the last two decades, there are still many corners of the planet where this technology does not exist and there is no Internet access.

For example, it is estimated that 244 million people in Latin America, a third of the population, do not have access to the Internet, according to a 2021 study by the Inter-American Institute for Cooperation on Agriculture (IICA), Inter-American Development Bank (IDB) and Microsoft.

However, after the covid-19 pandemic, connectivity became a preponderant need and many technological developments by governments and organizations emerged to bring connectivity to remote areas.

"Wifi is not the complete solution there, but it is an important part of the overall solution," says Dorothy Stanley, head of the IEEE 802.11 standard task force.

The expert lists examples in remote areas of India and Canada where mixed connectivity systems with satellites, fiber optics and wireless have been implemented.

"If we talk about the connectivity of the future, I think the short answer is more and better and more penetrating, to cover the areas that are not covered today," analyzes the expert while highlighting the efforts of the Mexico City authorities that in 2021 received the Guinness World Record for the most connected city in the world thanks to its 21,500 free internet points.

Wifi for a while?
Since the launch of WiFi, the standards have continually evolved, generally improving speed, adding new features or technologies, and a new identifying name.

But it is not yet widely available in the market.

And by 2024, engineers are already working on 802.11be or Wi-Fi 7 with enhanced features that promises to be "an important milestone," according to a June 2022 task force report. 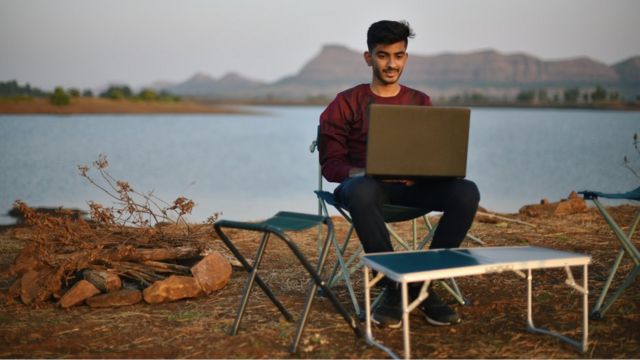 Everything seems to indicate that Wi-Fi has no limits.

"We haven't found it yet, and the projection is that there will be a tenfold growth in demand for Wi-Fi sources in the next 10 years, so we see increasing deployment of Wi-Fi," Stanley says.

"I think we will see more Wi-Fi. Our goal is to focus on greater range, performance and continue backwards compatibility because we want people to use all the devices that they have already bought and invested money," he adds.

Advances in Wi-Fi not only improve speed but also allow many devices to connect at the same time and maintain that speed.

"More people want to use various types of devices. It's not just the phone, it's the watch, glasses, etc. There will be more and more connected devices. So Wi-Fi keeps updating," Professor Dey describes to BBC Mundo.

Alternatives to Wi-Fi
Although Wi-Fi still has a lot of room to grow and is the most stable technology for connectivity, there are some connection alternatives that could complement, or perhaps replace it in the future.

“5G is coming to most European countries, the US and Latin America. The problem is that most of the 5G deployments were based on 4G. So it will take a few years to have a true 5G implementation. Sujit Dey opines.

By the end of 2026, 5G is expected to account for around 43% of mobile subscriptions in Latin America, according to a study by Ericsson.

But the costs are usually higher.

"A lot of people in different demographics can't afford a 5G plan, so Wi-Fi is still the cheapest alternative. But of course you can't take Wi-Fi out of the house, so 5G plans should be something everyone can afford," says the UCSD professor.

There is also the possibility of data transmission through light. 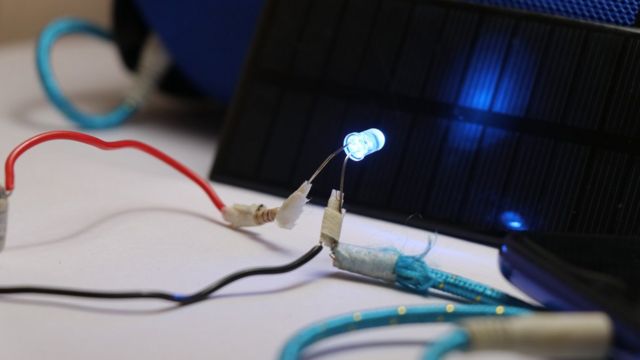 IMAGE SOURCE, GETTY IMAGES
Li-Fi experiment where data transfer is done by light which is much faster compared to wifi.

The downside of traditional Wi-Fi routers is that multiple devices in the same space can interfere with each other.

However, Li-Fi can use multiple lights in a room without interference, says its creator.

Li-Fi can provide internet access 100 times faster than traditional Wi-Fi, offering speeds of up to 1 gigabit per second (Gbps).

And it requires a light source, such as a standard LED lamp, an internet connection, and a photodetector.

For Professor Dey, this type of technology is very effective for indoor spaces, but it requires additional infrastructure spending, so it is not a cheap alternative.

"Imagine an office where you have to put the right reflectors. It has some advantages in terms of speed and level of connectivity, but it has the disadvantages that it requires new infrastructure in general terms," ​​he details.

And there is also connectivity through satellites. 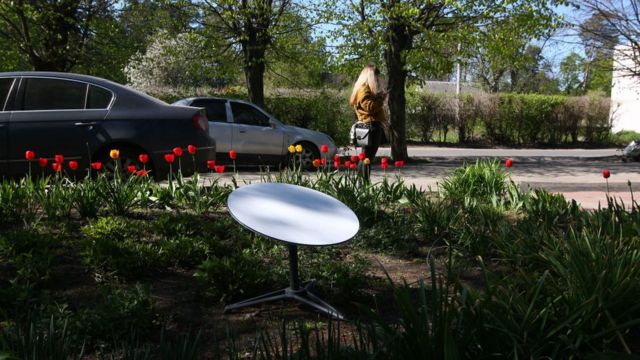 "Starlink is an innovative addition to our connectivity portfolio. I think it has the potential to augment existing satellite deployment and make that technology perhaps more affordable and widespread," Stanley says.

However, satellite communication has a high latency, this means that the delay is greater than that of wifi or cell phone.

"If that integration happens successfully in the next few years, it will not be just a few who will be able to do things remotely. Many more people will be able to because there will be Wi-Fi connectivity everywhere," he analyzes.

Professor Dey also highlights Google's balloon project as well as some companies that are testing drones to offer connectivity. 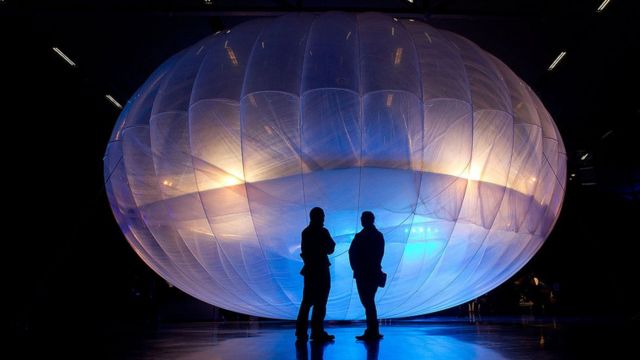 "I think the best connection will be by air because the cost of the infrastructure is much lower," he warns.

"You can access areas where you don't have fiber optics, especially in underdeveloped countries that have a desire to become more developed," he says.

The connectivity of the future
It is clear that there are multiple technologies that are currently being tested and will be used in the future to connect.

"There is no one technology that is all-encompassing. There is so much demand for connectivity that we need to take all the pieces, put the products together and bring them to market to meet the needs of people everywhere to be connected," says Stanley.

"Our vision for the future is that everyone is connected," he bets.

For Professor Dey, the connectivity landscape will completely change in the next 10 to 20 years, which is why "connectivity should be a birthright in this foray into the modern age."

"Because we can't do anything constructively without connectivity," he concludes.